A guide to golden visas

The term ‘golden visa’ may elicit images of Charlie’s golden ticket from a certain children’s classic.

You may be surprised to hear that the two do have one thing loosely in common.

Much like the golden ticket gave access to Willy Wonka’s chocolate factory, a golden visa also allows the holder access, albeit on a different scale. Both even allow you to bring family members with you.

Of course, you run the risk of falling into a chocolate river or turning into a giant blueberry with one.

So, what is a golden visa, and how can it benefit you and your family? In this article, we find out.

What is a golden visa?

Residency and citizenship by investment programs (RBIs and CBIs) are commonly known as golden visas. They are also sometimes known as investor visas and often aimed at high-net-worth individuals.

These schemes are a way for the government to drive foreign investment into the country.

In its most basic form, a golden visa allows you to gain residency or citizenship in a country, in exchange for an investment in its economy.

What are the benefits?

There is no comprehensive list of benefits as every scheme has its own.

What makes the golden visa so attractive to foreign nationals is that it creates a ‘Plan B’. You have access to another economy that may be more robust than your country of origin.

Schemes offered by European countries are a popular option as they allow freedom of movement throughout the Schengen Zone. These golden visas can also lead to EU citizenship and a passport.

Depending on the country that issues the passport, you will benefit from visa-free travel to over 100 countries worldwide.

Of course, there are other benefits such as:

For example, Portugal offers non-habitual resident (NHR) status. Those who qualify for NHR will have their income tax capped at 20% for 10 years.

guide to the benefits of NHR gives a detailed breakdown of the special tax regime.

What are the requirements?

Every golden visa has its own set of eligibility requirements. Although the requirements differ from country to country, some typically include:

In some countries, you may need to pass a health check and spend a minimum number of days there. Also, some require you to have a certain net worth following your investment.

The route to getting a golden visa also differs depending on the scheme. However, the investments options typically include the following:

Some schemes also allow you to make donations in key areas. For example, funding scientific research institutions or urban regeneration.

What countries offer a golden visa?

St. Kitts and Nevis golden visa is the oldest of its kind. Since then, countries across the world have launched similar investment programs.

There is no one size fits all solution when it comes to a golden visa. Each scheme is different, making it challenging to find the one that best suits your needs.

Portugal Golden Visa is one of the world’s most successful residence by investment programs.

Since the Portuguese government launched the scheme in 2012, over 10,000 people and their families have benefited from its golden visa.

The Golden Visa grants a temporary residence permit for two years. After two years, you can renew the visa for another two years.

After five years, residents can then apply for Portuguese citizenship. This allows foreign investors to obtain a Portuguese passport.

Some of the benefits include:

At the start of 2022, the Portuguese Golden Visa saw some changes to its

One of the biggest changes centres around real estate investments, specifically where real estate is located. The minimum capital transfer amount also saw a slight increase.

Our article on the

changes to the Portugal Golden Visa in 2022 gives a complete breakdown of the changes.

Greek Golden Visa was launched in 2013 and grants a long-term residency of five years.

Since then, around 29,000 permits have been granted. As a result, more than €2.6 billion in global funds has been added to the Greek economy.

There is more than one route to residency, including:

he Greek Golden visa gives you access to a range of benefits, including:

The EB-5 visa program is one of the most common visa options in the United States.

To acquire an EB-5 visa, you will need to invest a minimum of $900.000 in government-approved projects. Successful applicants will receive a permanent residence permit, otherwise known as a green card.

As an EB-5 visa holder, you receive the following benefits:


How to get a golden visa

The first step is to decide what type of investment you want to make.

Real estate is a popular choice, but there are advantages to going down the capital transfer route. The next step is to start the application process, which will vary depending on the golden visa scheme you pick.

There is a lot to consider, but it could be one of the most important investments you make.Like Charlie changed his family’s lives at the end of Roald Dhal’s story, a golden visa can yield a similar outcome for your family.

While we can’t offer you a golden ticket, we can help you secure a golden visa.

At Holborn, we work with some of the world’s most trusted golden visa schemes. Our experts can help guide you through the application process and secure the right golden visa for you and your family.

So, with Holborn, you can be sure you are in safe hands.Contact us using the form below to find out how we can help you. 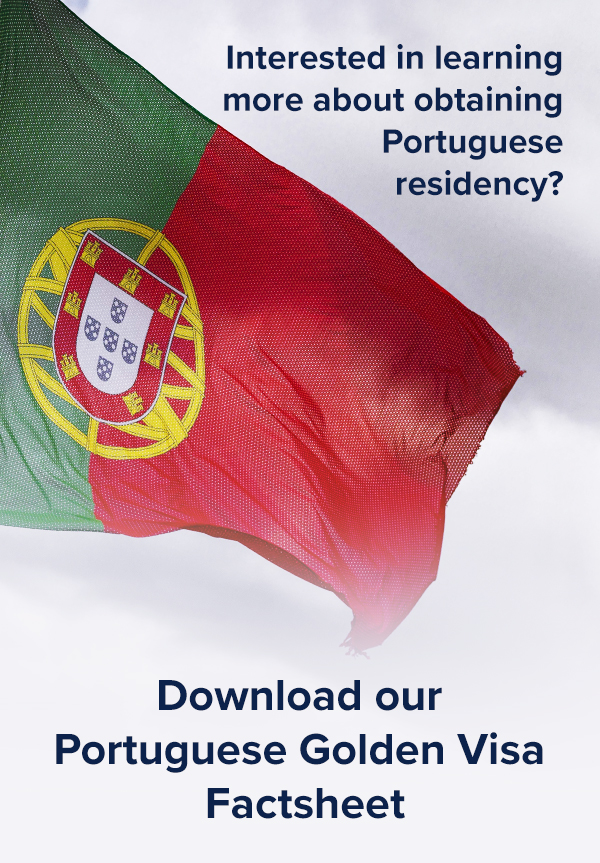