Invest in a Portuguese Golden Visa in 2023: Act now!

Some second citizenship specialists have urged people who want to invest in a Portuguese golden visa in 2023 to start the process as soon as possible. At the beginning of 2022, the Portuguese government implemented a series of changes to its citizenship by investment scheme, which forced investors to buy property outside of large cities such as Lisbon, Porto etc.

But why do citizenship specialists advise accelerating the process for people who want to become Portuguese citizens? The reasons behind this are political developments in Portugal and pressure from the European Union leadership. In this blog, we will explain what has happened, what you have to do to ensure you get the Portugal golden visa in 2023, and we will share details about some of the competitor EU second citizenship schemes.

Time for the Portuguese golden visa might be up in 2023

The last Web Summit hosted in Lisbon hid a surprise. During the Summit’s press conference, Portuguese prime minister Antonio Costa announced that his government would consider cancelling the country’s golden visa scheme in 2023.

“When we are evaluating, we look at all options. And after completing the evaluation, we make decisions, and these options become decisions. At this point, we are evaluating whether the Golden Visas make sense,” said the prime minister. When asked by journalists, he added that “the 10-year-old scheme has fulfilled its role and that it would be no longer justifiable to maintain the scheme.”

Why does the Portuguese government want to cancel its golden visa scheme?

According to Reuters, Portugal’s golden visa scheme has come under fire due to rising home prices and rental costs. Data published by Idealista.pt confirms that home prices have spiked in 2022, making purchases difficult for locals.

The median price of a home increased by 17.2% in the first quarter of this year compared to the first quarter of 2021. Foreign buyers in Greater Lisbon and Algarve paid more than twice as much as Portuguese buyers, according to data from the National Statistics Institute of Portugal (INE).

It is not a secret that the European Union is not fond of citizenship by investment programmes provided by countries such as Portugal, Malta, Cyprus, Greece and others. These national golden visa schemes are seen as a security risk and have been the subject of a call from the European Commission to EU governments to end them.

Most governments have made changes to their citizenship or residency by investment schemes to align with the EU Commission’s directives. However, the war in Ukraine has made preserving such schemes increasingly difficult, as several EU officials have noted that the programmes should not be taken advantage of by Russian citizens fleeing to the west. Therefore, new changes could be just around the corner in 2023.

I want a Portugal golden visa: Should I invest now?

The answer is yes. If you want to invest in a Portuguese golden visa, you should start the process as soon as possible. Even though the Portuguese government doesn’t have a clear timeline regarding the cancellation of the scheme, the prime minister has shown his will to scrutinise the programme and make a decision.

As Portugal’s government is pressed by both the EU and its political rivals in the country, we can’t be sure that the Portuguese golden visa scheme will remain unchanged.

Another factor to consider is the time you would need to get your application approved. Under normal circumstances, it can take up to six months for Serviço de Fronteiras e Estrangeiros (SEF) to approve and provide a biometrics appointment date, and you also will need around four months to receive your residence permit cards.

Therefore, we urge you to benefit from the advantageous rules of the current programme and start the process as soon as possible.

How can I get a Portuguese golden visa?

Some changes in the scheme at the beginning of 2022 reduced the locations you can invest in if you choose the property route. Until the end of 2021, investors could buy property in Lisbon and Porto, the two largest cities in the country and qualify for a golden visa. However, this is not possible anymore.

Portuguese authorities give you many options if you want to get a golden visa. Investing in property, buying government bonds, starting a new business and capital transfer are some of the available options for you.

As property prices have spiked in Portugal, this option could benefit you as you would be able to sell the property after five years of ownership. Thanks to this option, some funds from your initial investment could return to your pocket.

Our infographic below shows you the available investment options for the Portuguese golden visa. 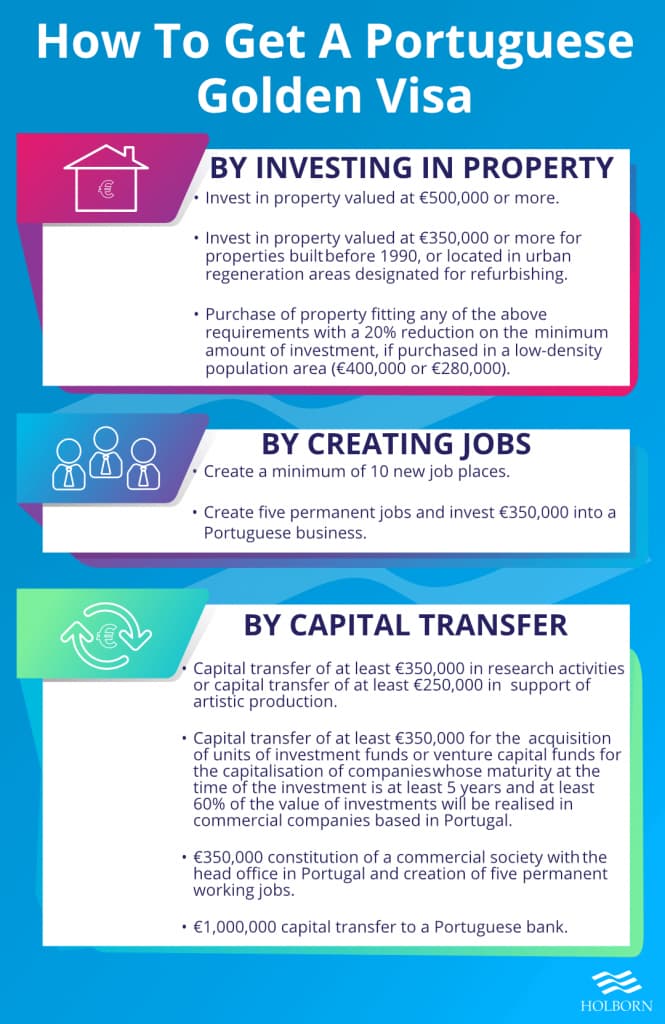 Which other golden visa options do I have in the EU?

Unfortunately, the EU’s pressure has forced some countries to cancel the scheme or make investment options more expensive to stop the influx of investors. However, there are still some opportunities for you.

How to invest in a Greek golden visa

The Greek golden visa is one of the best available now. We should note that the Greek golden visa scheme is also expected to be overhauled, as the country’s prime minister announced some months ago. Media sources suggest that the property investment threshold will be doubled in the next few months after the Greek parliament approves changes.

As the Greek golden visa total cost is expected to increase, don’t miss out on this opportunity. Our infographic shows the variety of investment options. 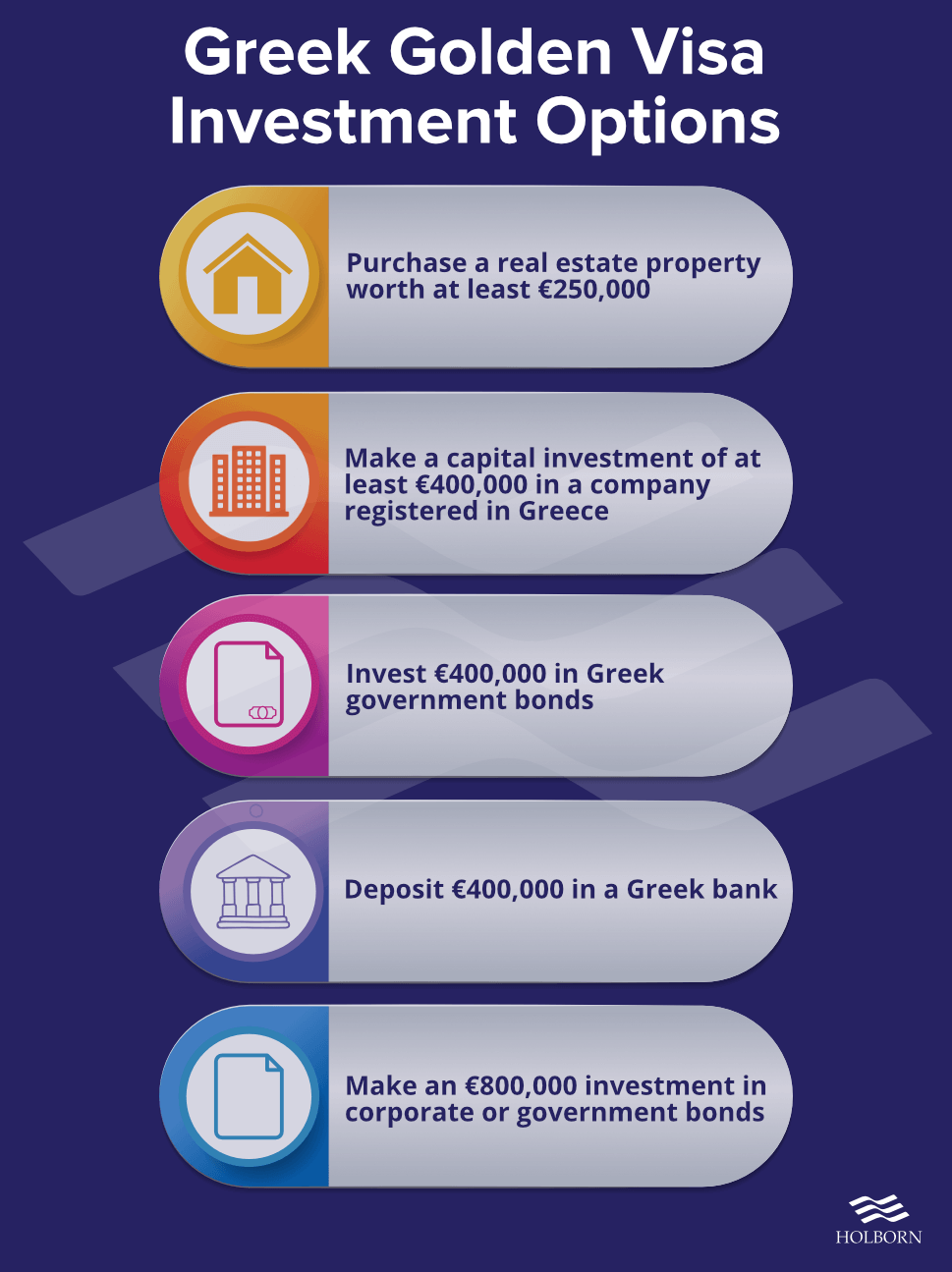 Investing in the Spanish residency by investment programme

The Spanish residency by investment scheme aims to attract foreign investors and non-EU high-net-worth individuals who want to obtain a residence permit from the Spanish government. The permit can be renewed every five years. After ten years of living in the Mediterranean country, you can apply for Spanish citizenship.

Our infographic shows you the programme’s investment options. 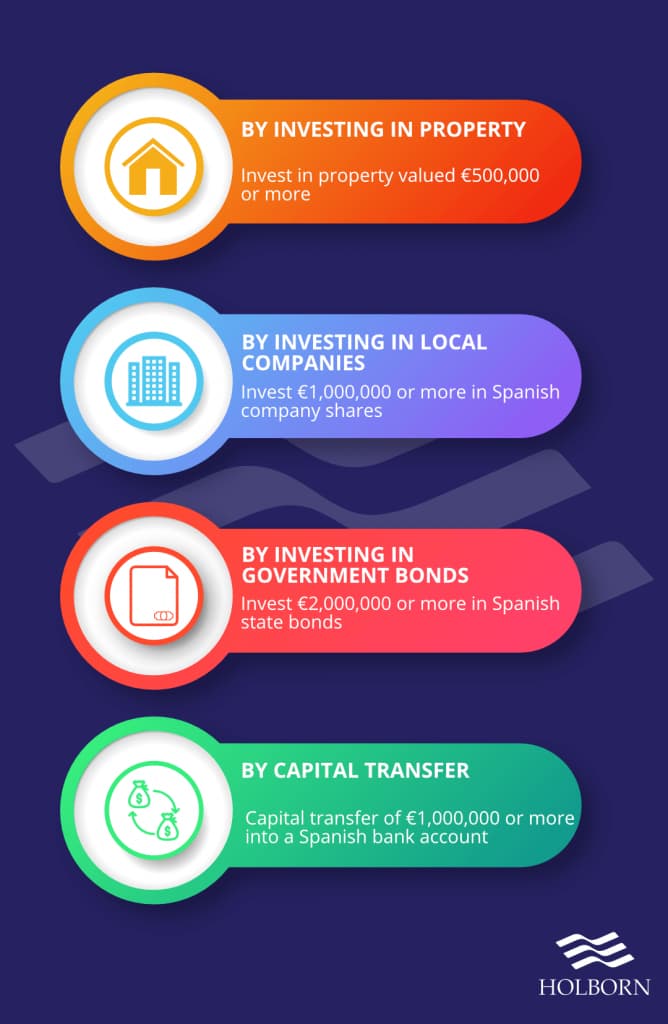 Invest in a Portugal golden visa with Holborn

When it comes to visa-granting programs, the Portugal golden visa is still in the top ranks.

Talk to our experienced and fully qualified advisers if you have any concerns or questions about obtaining a golden visa in Portugal or anywhere else.

Holborn offers a personalized service to its clients by assisting them in obtaining citizenship and legal residency in any country in the world. You can rest assured that your money is in good hands with our professional team because they work with some of the most reputable investment programmes in the world. 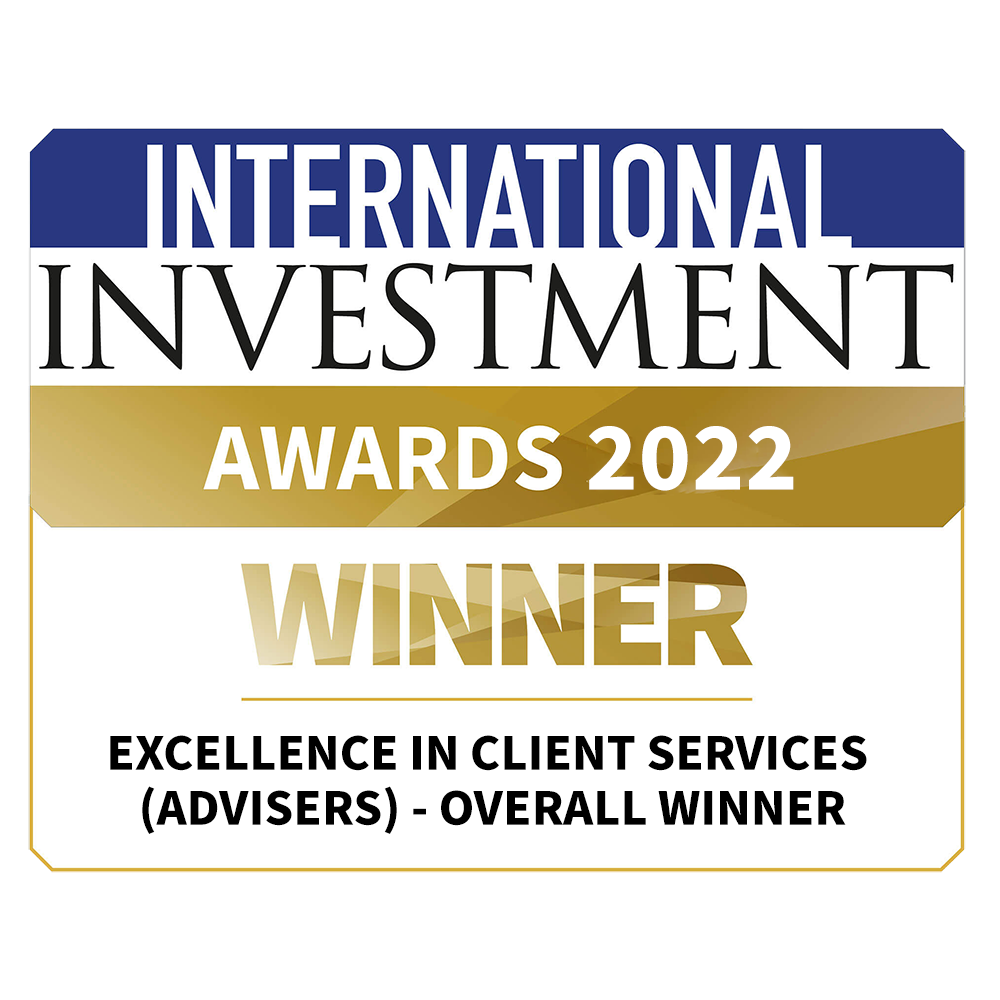 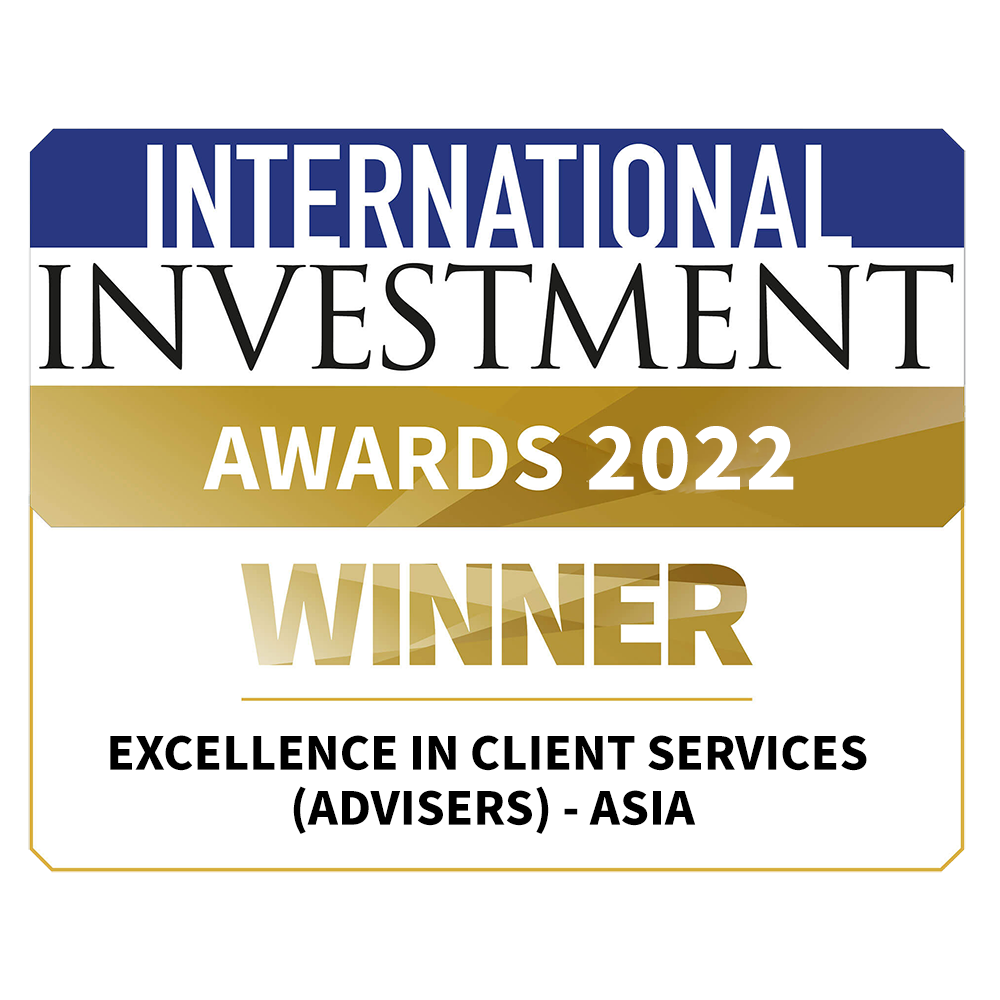 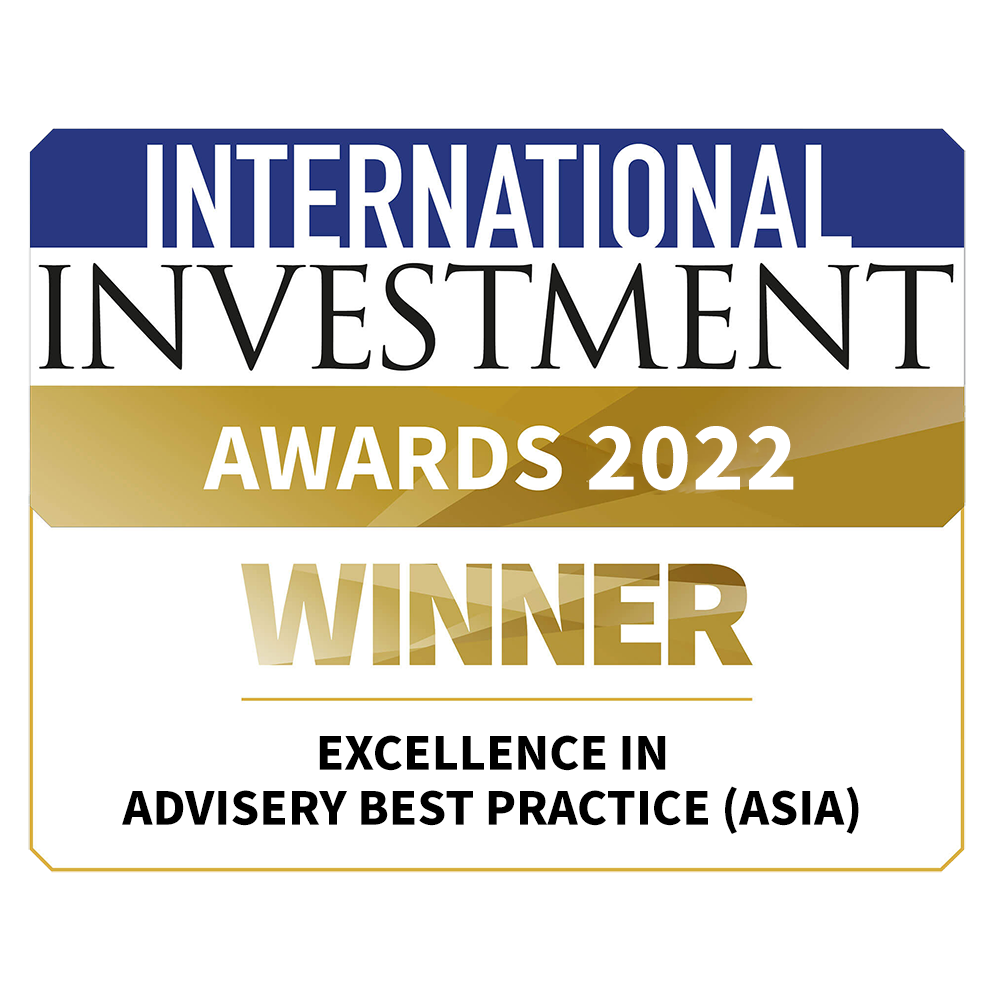 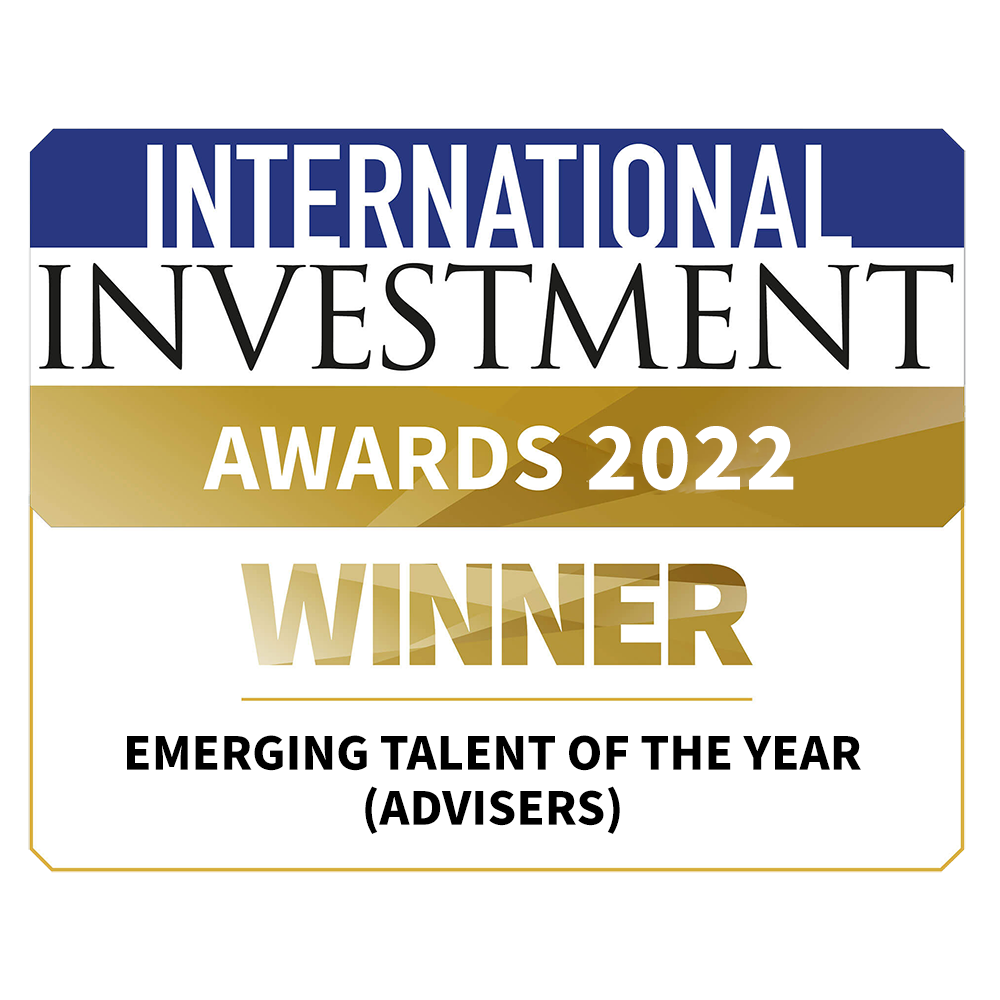 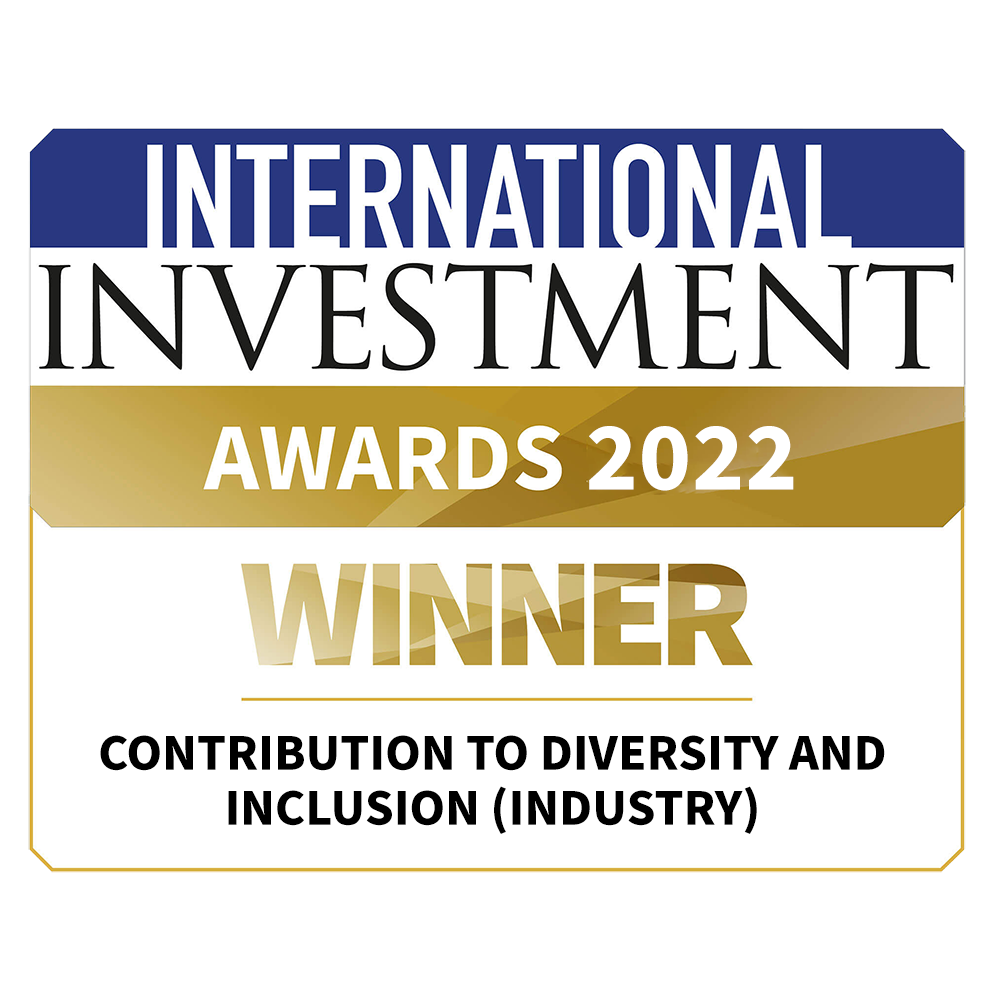 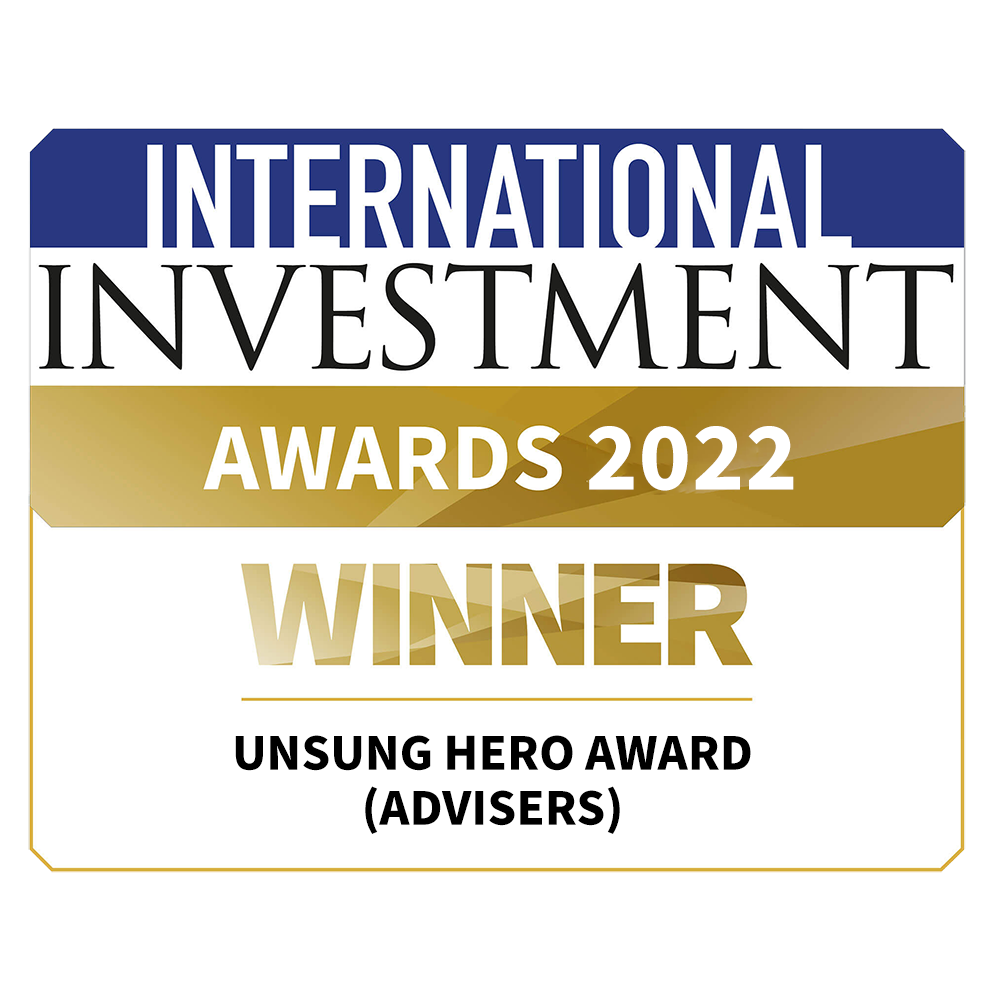 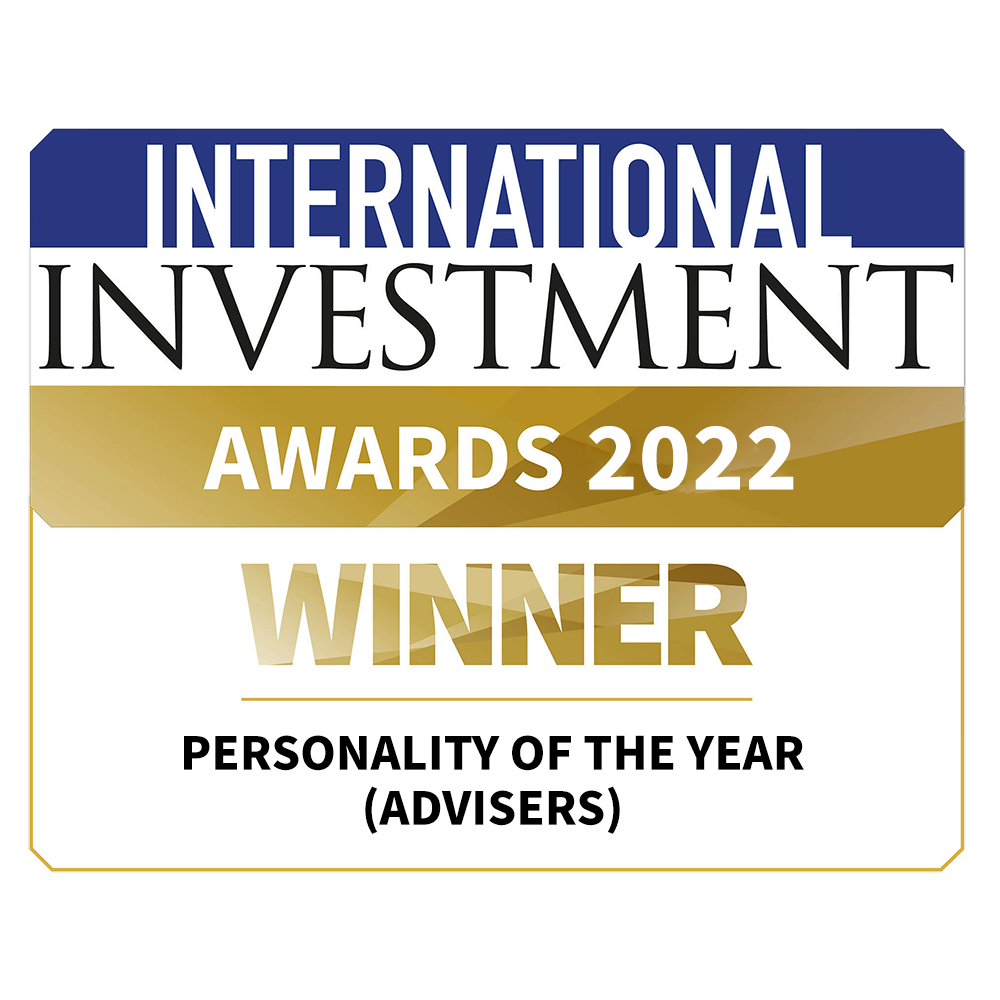 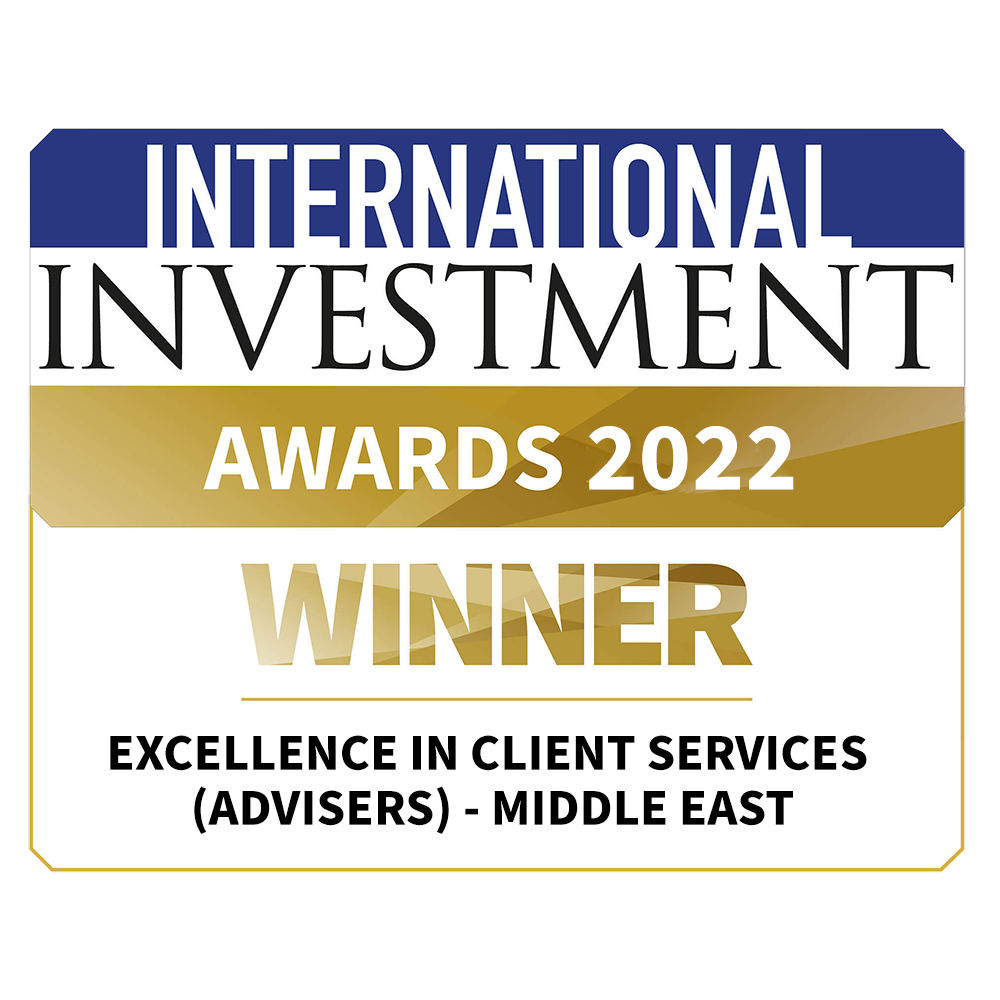